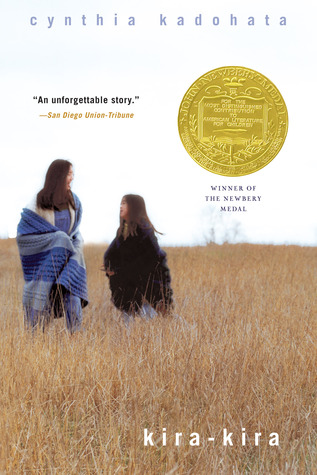 I honestly thought that this was going to be a quick read, until I realise it was very hard to digest or enjoy the said story. It was not that this book was not entertaining, but it was really hard, and I mean really hard, to understand the voice of a teenage girl. But, don’t get me wrong, this was what eventually made me like the story and Katie, as the main character of the book. You can see how Katie develops, first normally like how a teenage girls would, and then surprisingly, it’s as if she just grew wiser in one night but you can tell she’s still the same teenage girl that she is.

I think for a children’s book, this was a bit too dark, especially the fact that Lynn died on her own. Not that it would have been easier had there was anyone with her at all. I cannot imagine how wrecked I would have been had I read this book when I was around Katie’s age, instead at 27 right now. Even so, I am still a wrecked after I finished the last paragraph of the last chapter. The idea that Katie could still hear her sister’s voice saying kira-kira when Katie finally went to the sea was too much for me to bear.

As much as I liked the story, I find Katie and Lynn’s relationship to be way too perfect. I have the same composition of a sibling with Katie, me being Katie, and I also have an elder sister and a younger brother. I can tell you that we are in no way as close as Katie and Lynn was, though I remembered that my sister was as overprotective as Lynn was to Katie. My relationship to my younger brother does in a way similar to that of Katie and Sammy’s relationship. I moved around a lot as a kid and still I think that Katie and Lynn was already wise beyond their years, in that it’s as if they don’t struggle with the idea to move to a new place. For me, every time we move places, I would be hunted by nightmares.

Anyway, you have to pardon me if this review is such a mess. On my defense, I am typing this review in the middle of the class as I am simultaneously trying to pretend to pay attention and are taking notes.